Another month is coming to an end.  March came in like a lion and is going out like a lamb.  We finally had our one 'substantial' snowstorm.  We received about 8", and thanks to a neighbor with a new snow blower, my shoveling was minimal.  Which is good, because the next day was the start of Retreat!! 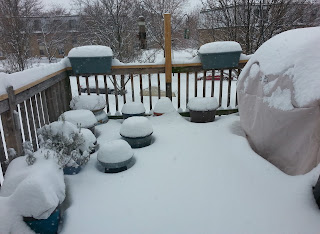 There were several cancellations at retreat, but we still had a nice group.  I put together a top for charity, and worked on some blocks for two different sampler quilts.  I don't have pictures right now because my sewing room is all cleaned and everything put away.  I'm cleaning for company!  I'm hosting a small sewing group on Wednesday, and it's requiring some serious cleaning.  Most of my friends live in large beautiful houses, which always seem to be immaculate.  Not so with our small townhouse.  I can't stand the clutter, so I seldom have guests. This has been a great chance to do some more decluttering.  We've filled the dumpster, and I have two boxes for donation.  Just hope we can keep up the momentum after sewing group. 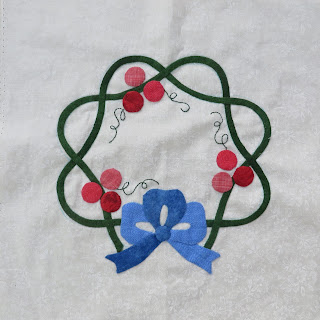 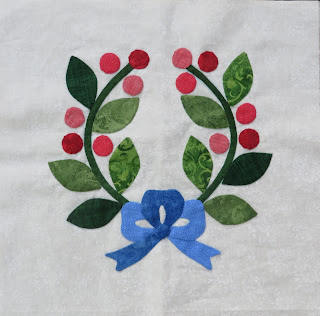 I think I will make a small wall hanging with the four completed blocks, and then start a new project.  I bought a new book with some more advance techniques, and I think I'm ready to branch out a bit.  I've said this before, but I never thought I would love applique so much!!

My OPAM is also my RSC project for the month - a red doll quilt.  And yes, sometimes machine applique is the only way to go! 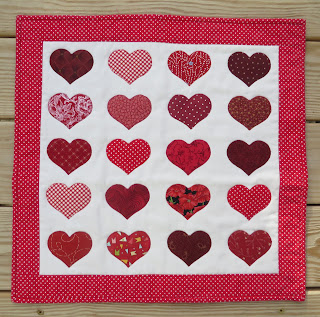 I have an over abundance of red scraps, so I may try to make something else before the end of the month.  And I'm making a 'crayon' each month also, but I haven't finished the tips of them yet. Sometimes my head just spins with all the things I want to make!!  I need to live at least another 100 or so years...... 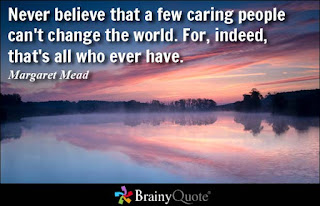 Time to change my Profile

It's hard to believe that I started this bog just over seven years ago.  At that time, I was fifty-something, but as of tomorrow, I can no longer say that truthfully.  A birthday with a ZERO in it.  I've already decided that this will be the best year of my life (so far)!  I have many goals and dreams, including blogging more regularly.  We'll see how that goes.  LOL! 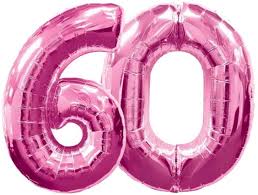 I've been spending much of my time sewing.  Here are the results from my recent retreat. 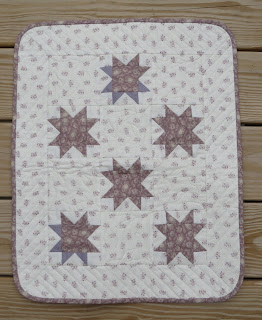 This is the first little quilt I made for my Prairie Women Sewing Group, by Pam Buda.  We have 8 people in our small group, and we're going to have a lot of fun following along with Pam's Prairie Women Journeys. 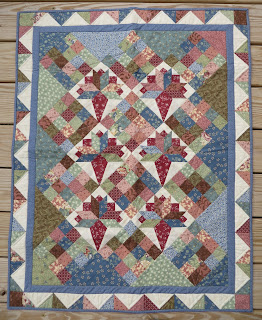 This is also a Pam Buda pattern, that I won in a drawing on her blog several months ago.  Making the first Mussy Tussy was quite a challenge to my little brain, but after the first one the process got much easier.  The fabric is Thimbleberries from approximately 2009? 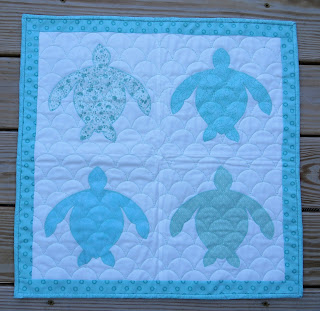 And this is my doll quilt for RSC17.  It was inspired from a kit that I purchased while we were in Florida.  I hope to finish the original project soon and be able to show it.  I did a few hours of applique on the original at retreat.

Have I mentioned that I've finally tried my hand at hand applique?  I've worked on a few simple pieces, and then decided to attempt a few blocks of a Baltimore Album.  I committed to 4 blocks in a UFO Challenge.  My thought was that if I liked it, I could continue, and if I didn't like it, at least I tried.  Guess what!  I LOVE it!! 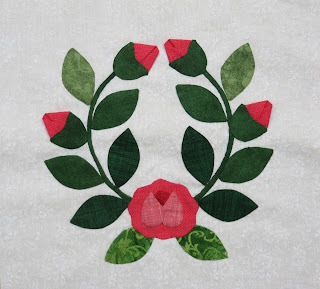 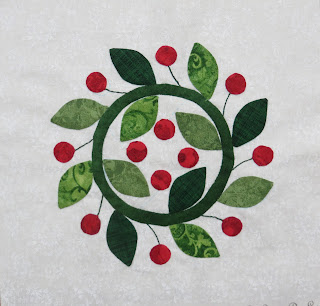 These two blocks are finished, and I'll put the finishing touches on two others later today at my sewing group.  Oops, this second bock actually got a little more embroidery last night after this photo was taken - some stems inside the circle.  As Baltimore Albums go, this is pretty simple, but it's a good starting point, and I'm learning a lot of new techniques.  Expect to see more applique on this blog.

What else?  Last weekend I attended a scrapbook retreat.  I finished up working on my trip to Nova Scotia in 2014.  It was a great weekend spent with my college roommate, reliving fun memories.

And next weekend is another Quilt Retreat!  It's too bad they all seem to come at the same time of the year, but that doesn't stop me from going.

Show someone you care today......Sunny

Anyone following April the Giraffe?  Maybe she'll have her baby on my birthday..... 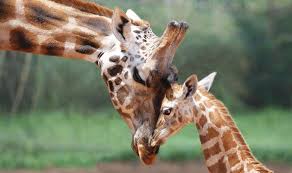 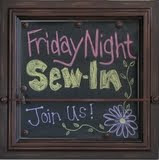 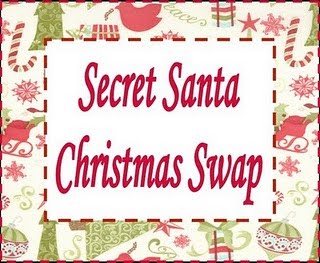 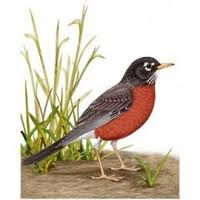 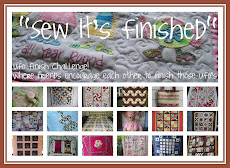 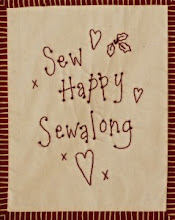 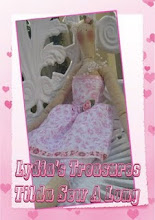