Another month has passed.  It's been a good month here at QD.  Last time I mentioned that I inherited a stack of homespuns and a bag of scraps.  Last week, I was the recipient of another large stack of unwanted fabrics, as a friend is doing some deep cleaning.  And.....we had our drawing for the UFO challenge and I won!  The prize was all the thread that we used for our buy-in, and if we didn't finish the chosen UFO for a particular time period. 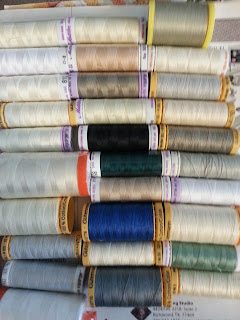 Woo Hoo!  Look at all that thread.  30 spools to be exact.  And a couple of them were large spools of Aurifil.  Most were neutrals, but there were a couple of pretty colors included.  I won't be buying thread for a long time.

After seeing this tutorial on Anthea's blog, I decided I was going to make a cover for my traditional ironing board.  My brother works with wood, so I asked him what I should buy, and he offered to make the wooden cover for me!  It was delivered on Friday night, and DH and I covered it with batting and fabric on Saturday.  I've been working on small projects the past few days, but I can't wait to iron yardage on the beautiful RECTANGULAR board.  No more pointy board!! 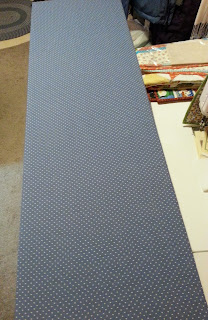 Another project I did to make my life easier was to make a couple of mini design boards.  I love them!  I'm working on a couple of projects with small blocks, and these are so handy.  I can put the pieces on the board and move it around rather than picking up small pieces and moving them all around.  Mine are a little smaller than Lori's because I used plain cardboard that I had on hand rather than foam core.  And I covered the back with fabric since it was ugly cardboard.  I grabbed the binding from my basket of leftover bindings. 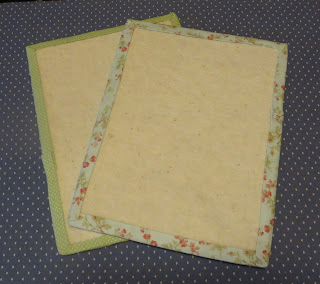 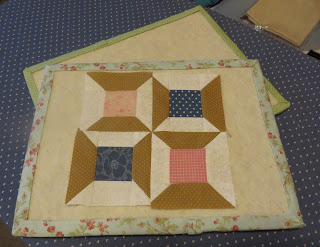 This was my UFO for the most recent challenge.  I started it several months ago, and then it got put aside for some reason. 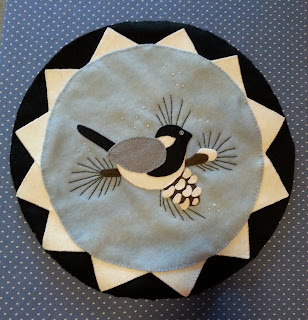 This and the brown scrappy quilt from my last post are my projects for OPAM.  I also made two fabric postcards for a swap, but I forgot to take pictures. of them.  They've both been received now, so perhaps pictures will show up in blogland.

Hot/dark pink was the July color for RSC.  I had to beg, borrow and buy fabric this month.  I love pink, but my fabrics are light pink. 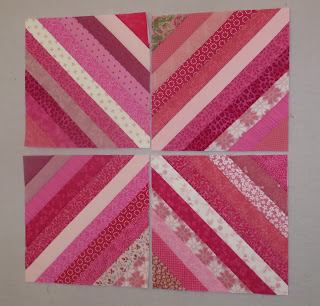 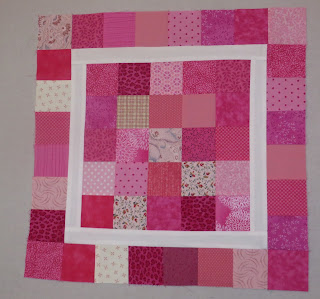 I'm getting a nice selection of these blocks, and I'm starting to think how I might put them together at the end of the year. 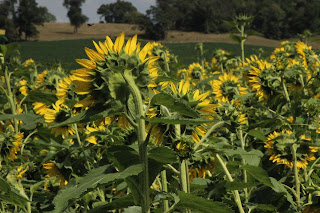