Trying to get back on track!  I realized a couple of hours ago that this is Wednesday, so I pulled out some fabric and went to work.  I can't get a decent picture, but it really is a pretty pink. 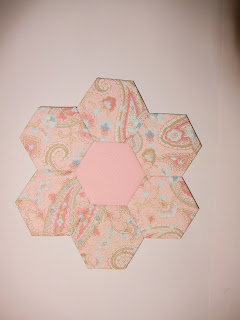 Today was the last day of my little vacation, but I spent several hours working from home.  It was a truly lovely jammie day with snow, freezing rain, and sleet.  I sure hope tomorrow will be better. 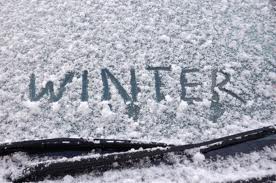 For all my friends down under, think cold snowy winter!!!!

Hello blogland!  It's been so long since I blogged that I'm not sure I remember how.  First there were family deaths, followed by a quick trip to California, then Thanksgiving, illness, Christmas projects and preparations, and then my heart just hurt due to events in the news.  And now Christmas is coming to a close, the baking, shopping, wrapping, stitching, etc. are all finished for the year.

Do you remember this picture of mini hexies from last month? 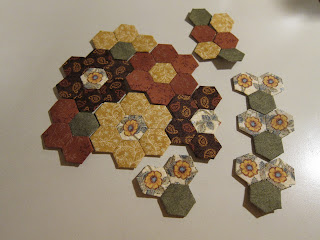 This is what they morphed into for a Christmas gift.  The applique and stitching took so much longer than I expected, and kept me away from my computer for many nights. 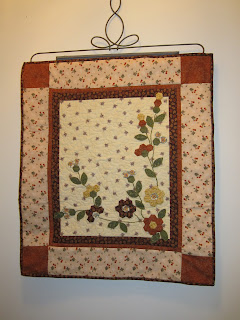 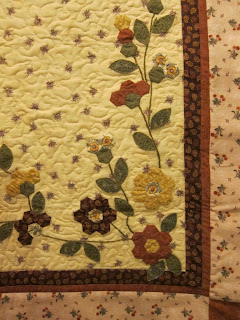 This was made for my sil, who introduced me to quilting, is an expert, and is a perfectionist.  A bit intimidating to stitch something for her, but she's never done any English paper piecing, so I decided to take the risk!

I've also finished a couple of small but time consuming projects.  My last block for BSA, as I've decided to take a break from the group. 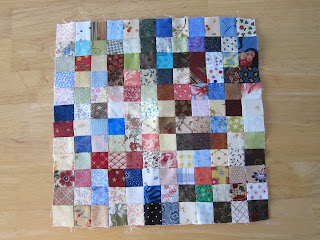 I can't guarantee that there are no repeats, because I cut them out in several different sessions, but I did my best.  And I did no preplanning for the layout.  I just grabbed pieces and started sewing.  Never again. . . .

These blocks are for a group that is making quilts for Hurricane Sandy victims.  A great way to use up some scraps.  Too bad I did a giveaway a couple of months ago for all my 'strippy scraps'! 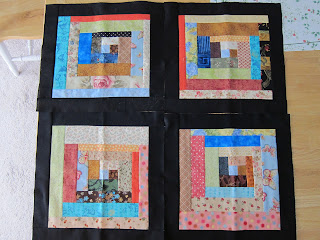 These are made slightly oversize, and will be cut wonky by the group leader who assembles the tops.  I did reuse some fabric, but tried to change the placement so that the blocks didn't match.

Hmmm...what else.?  Ah yes, Christmas lights.  A farm just outside of town does a beautiful display each year, and when we drove by this year, there wasn't a huge line of cars, so we were able to stop and take a few pics. 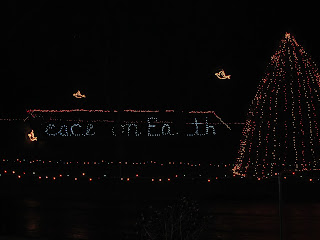 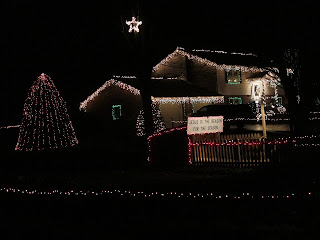 And we had a White Christmas this year!  Very rare for us.  We headed out to visit friends in another town on Christmas Eve, but the roads were terrible, and I chickened out, so we turned around and came home.  We stopped for a few shots on the way. 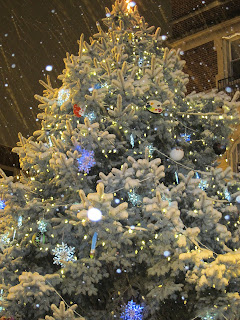 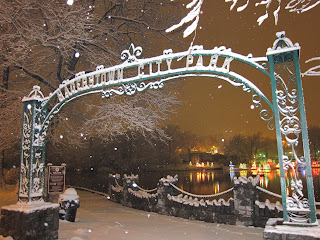 And another snow pic from this morning.  Aren't they pretty? 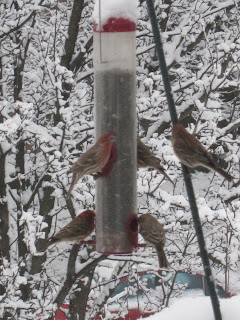 I think that pretty well sums up my December.  We had a lovely dinner today with dsd and dgd, Santa found us and left some loot.  I can now take a deep breath, and get ready for a new year.  I'm bowing out of a couple of online groups that I've been a part of, and moving in a slightly new direction.  I've given a lot of thought to my WORD of 2013, and think I've found the right one for me.  More on that later.

I almost forgot the most important news!!!!  I got a job offer on Thursday!  It's for the position that I've been 'consulting' at for nearly 10 months.  We're still negotiating rate of pay and there was another small glitch, but I should be starting early in January.  That means benefits and health insurance!  Yippee!  Hopefully we can get everything settled on Thursday when we go back to work.  I'm home tomorrow, but I have to work extra hours this week, so I'll be working from home.  It's just possible, however, that I might peek in from time to time.

Happy Boxing Day to all who celebrate.

Merry Christmas to All 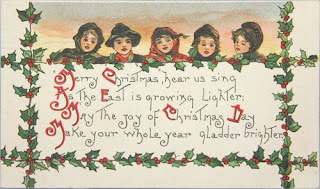 And to all a Good Night.