It's just not possible - Nov OPAM

Is it?  Has an entire month passed since I posted?  I thought it had been a couple of weeks.  Oh well.  Nothing much to share in the line of quiltiness.  I worked on three projects at Quilt Retreat at the beginning of the month, but none of them are finished.  Two weeks later, I went to a scrapbook retreat with my college roommate.  It was held at a State Park, so it was very convenient to get up early each morning for a short hike around the area.

Somewhere in there, I managed to make 8 mug rugs to be given as favors at an upcoming Christmas luncheon.  I used Christmas colors, but not Christmas fabric, so they can be used year-round. 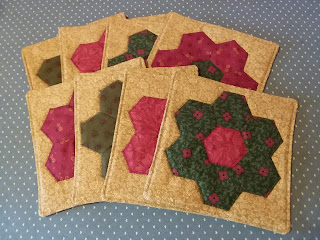 I also made a little gift to send to Maria.  Fortunately, she took a picture because I forgot to. 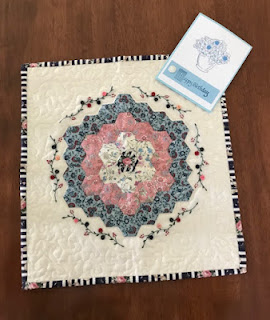 So I did manage to have a finish for OPAM.

Thanksgiving week found us in Salt Lake City, UT.  We had planned to go visit my sister for Christmas, but my brother was able to go for Thanksgiving, so we moved up our visit.  We had family time, and plenty of sightseeing.  And I finally got to meet up with Vickie from Creative Notions.  We 'met' through a  swap several years ago, and finally had the chance to meet for lunch. 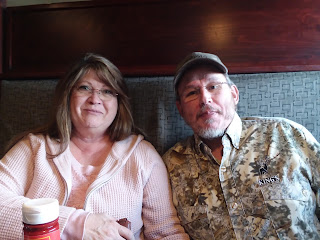 I'll leave you with a few (?) images from Utah.


I've spent this entire weekend working on blocks for a swap for a retreat.  Almost finished!!  I hope to have more to show in my next post, which will be in less than a month, I promise.