New Projects in the New Year!

What was I thinking????  Every time I saw something new online the last couple of months, I decided I needed to sign up!  So I started Four new projects in January, in addition to a few that were already in the works.

First, Kathleen Tracy is doing a small Mystery Quilt.  She's also doing a Sew along, and several other projects, but I'm only doing the mystery.  Here are my blocks for the first month.  She is keeping it pretty simple since there are so many other things going on. 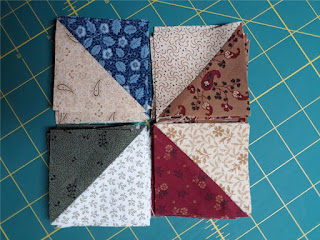 I'm making a Vintage Linens quilt with the 1914 Boehm House Vintage Quilt group.  I have been acquiring vintage linens for many years, and this is a perfect use for them.  Here are the pieces and parts of my quilt.  I haven't decided on sashing and corner stones yet.  This is offered as a Facebook class, and it's not to late to get started! 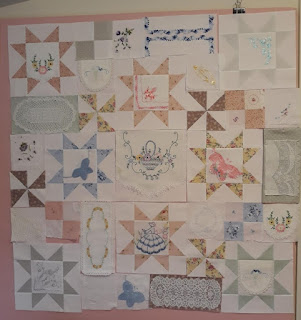 Number 3 is Winter Village by Edyta Sitar.  I bought the pattern and fabric a few years ago, but never started making my village.  She is offering it as a sew along, so I decided now is the time to dig it out and get to work.  This didn't photograph very well, and I'm much too lazy to go downstairs and try again. 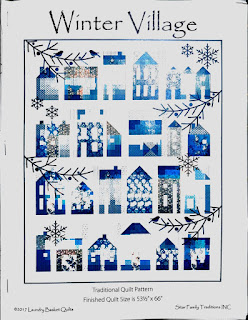 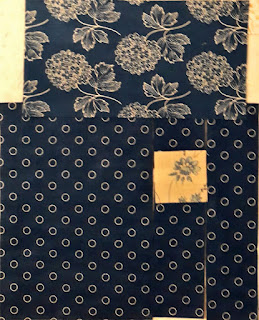 And last, but far from least, is a cross stitch project:  Sew by Row, a Lori Holt pattern, also being done as a stitch along by Fat Quarter Shop.  I did a lot of cross stitch before I discovered my love for quilting, and I've done a little over the years.  I'm now addicted again. 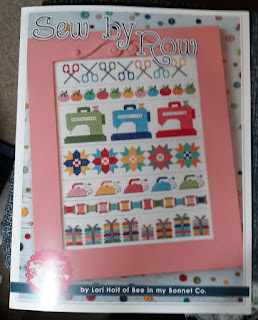 I'm showing the pattern instead of my piece, because I discovered a huge mistake this morning, and it requires much frogging.  Not fun.

I also have another new addiction - YouTube.  I've only watched a few videos in the past, but now I'm watching quilting and cross stitching the entire time I'm stitching!!  Oh My.  There's so much to learn.

So what are you up to these days??