Ringing in the New

I’m so far behind in blogging, that I don’t even know where to start.  I feel guilty, so I just keep putting it off.  Blogging is supposed to be fun, isn’t it?  So I’m moving forward and not going to try to cover November and December.

I had a very nice Christmas, although it was quiet with just Mr. QD and me.  I received some lovely gifts –hikey things, stitchy things, and travelly things.  Spellcheck does not like any of my adjectives, but I do! 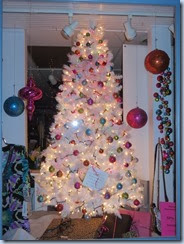 We stayed home for Christmas, and then headed for the shore for a few days afterwards.    We had a fun time, photographing Snow Geese, Tundra Swans, White Pelicans, Great Blue Herons, and several Bald Eagles. 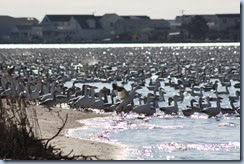 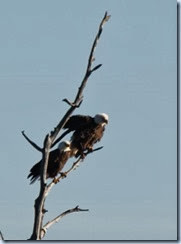 We walked on the beach, and we hiked.  We toured around a couple of small towns on the Eastern Shore, and found a fabulous new restaurant.  We also witnessed two fabulous sunsets over the water. 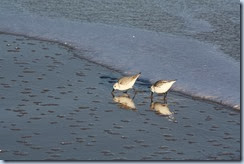 And now somehow, it’s a new year.  I’ve noticed that many bloggers are setting goals this year instead of making resolutions, and I really like that idea.  My most important sewing goal is to stop buying fabric, and use what I have!  Things have gotten out of control in the QD sewing room, and it’s time to take control. I didn’t even get any fabric for Christmas!

I’ve found a new group to help with my problem.  My name is Sunny, and I’m a Fabriholic.  There are many of us out there, and I’m finally ready to admit that I have a problem.  I’ve been composing a list of all my UFO’s, WIP’s, and projects that have never been started although I bought the fabric.  I’ll be posting the list soon,

Pop over to the Elven Garden if you’d like to learn more about Fabriholics anonymous, or perhaps join us?  I plan to do another post in the next day or two listing the rules, and publicly stating any changes I might be making for myself. 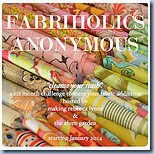 I think that’s enough for tonight.  I need sleep as I actually have to get up and go to work tomorrow! 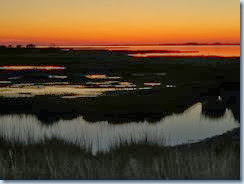