Whew – I spent my FNWF by binding 3 quilts, and stitching my June design for Jenny’s Vintage Kitchen BOM. 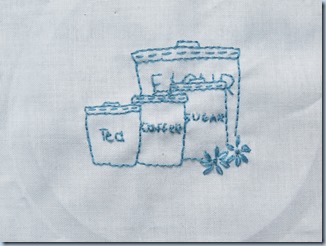 Those of you who are stitching along, know this is small.
The largest of my three quilts measures approximately 12x13”.  I finished quilting it during the week, and sewed down the binding last night. 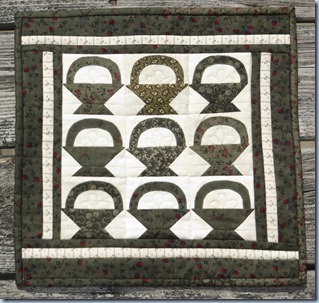 Quilt number two is a whopping 6x6”.  It is a Buttermilk Basin design, and will hang in my little metal stand. 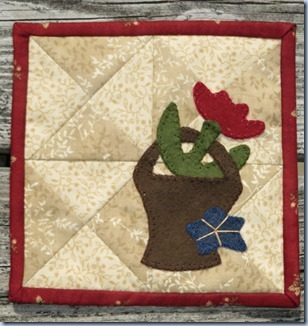 And quilt number three measures about 3x7”.  I finished the wool applique earlier in the week,  As I’m trying to get more organized in my sewing room, I decided to just make a couple of these small projects instead of moving them around all the time! 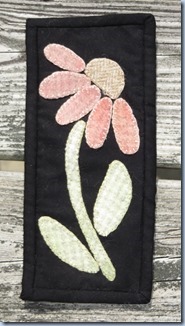 I love this design so much that I think I’ll do in another color way and have a black-eyed Susan!
The other stitching accomplished this week is my RSC blue Dresden plate.  I did a darker blue in January, and June is light blue! 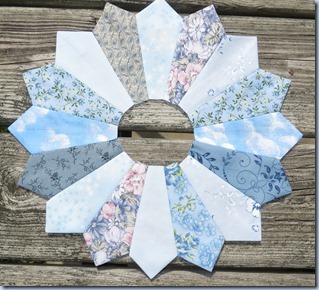 Since my blue scraps are pretty well under control, I think I’ll plan to quilt a couple of light blue quilts later this month, after I’ve made my doll quilt.  And I’m sure something else will come along to pique my interest!
This past Wednesday, we went to Shenandoah National Park with the intent to do some hiking.  Mother Nature chose not to cooperate with our plans, so we drove a short way, took a few pictures, and then left.  It was almost too dangerous to drive.  We did see a little bear run across the road, but I wasn’t prepared and didn’t get a picture. 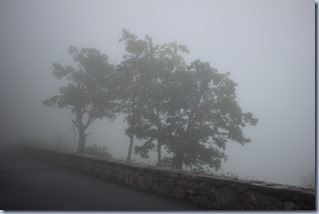 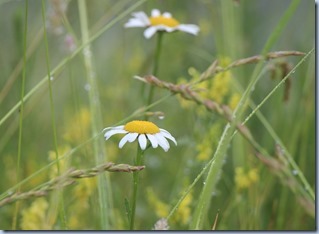 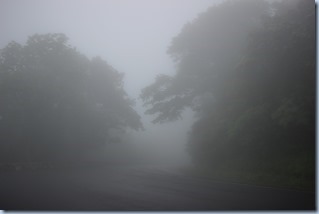 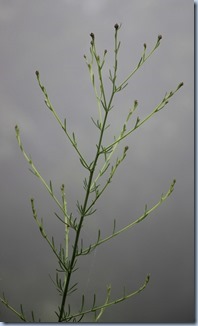 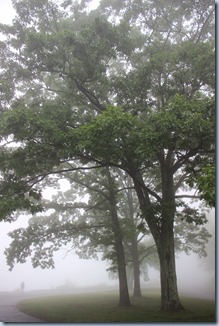 Since we left earlier than expected, we stopped at a plant nursery on the way home, and I made an impulse buy. 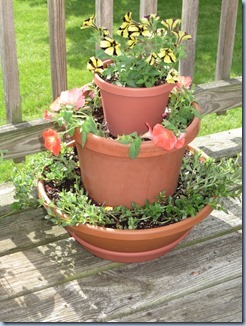 This is Dawn’s fault!!  I really like it, and can’t wait for the flowers to fill in and get established.
The sun made an appearance today for the first time in almost a week, so we headed out with the kayaks.  Once again, Mother Nature did not cooperate with our plans.  We had been out on the water for about a half hour when the skies became dark and ominous, the wind picked up, and we were having a tough time paddling.  I’m not afraid of getting wet – and we did feel a few rain drops, but I don’t want to be on the water if it’s lightening.  We turned around and headed back towards the car.  Of course, by the time we got there, the sun was once again shining. 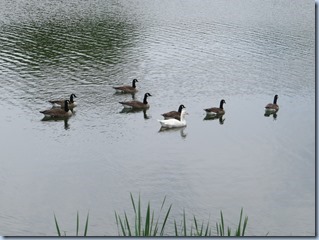 There were several barn swallow nests at the Visitor Center. 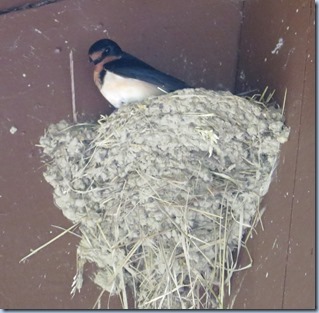 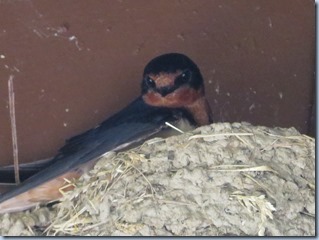 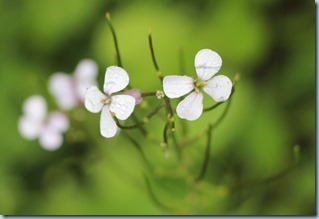