It looks like alphabet soup!  Do they still make that?  I remember eating it as a child, but didn't really care for it.

Friday night found me sewing along with the FNSI girls around the world.  If you click on the link, you can go see what others were working on.  You might get inspiration for a new project?  I made three little name badges. 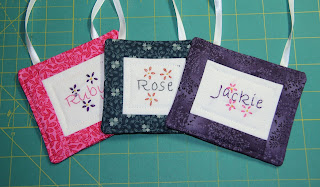 I made one of these a couple of years ago to hang on my sewing machine while at retreat.  It replaced a post-it note that someone had slapped on the back of my machine, with my name misspelled.   Then I decided to make a few for friends, and now I've probably made about 45 or 50.  Earlier in the week, I had made 10, then ran across a note for 3 others that I had forgotten about.  I hope I'm done now.  My original one had binding on it, but that doesn't happen any more! 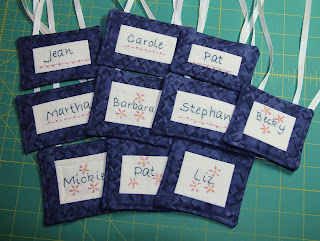 I made another blue block for RSC18.  I'm combining this with another project, and will be making one block every week this year. 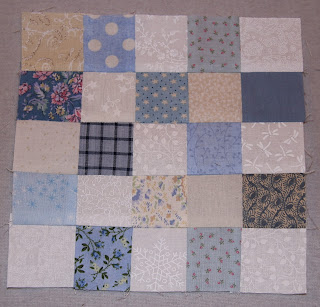 Vacation is coming up soon, so I'm trying to work ahead on as many projects as I can.  In my effort to complete two old BOM's, I will be making at least one block each month, much like they should have been several years ago.  I'm hoping that I'll actually be done long before the end of the year, but we'll see how that goes.
January and February American Beauty: 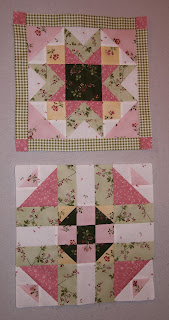 This quilt is made using Marti Michell templates, which terrified me when I attempted it earlier.  Now I know the secret, and it's much more enjoyable. 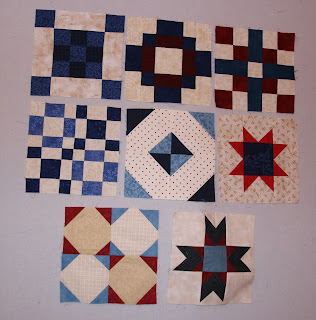 I don't know why I didn't make this one.  There are four blocks per month, and it starts out very simple and gets progressively more intricate.

I was given some fabric last week and much of it was not to my liking, but I thought it would make great place mats for Meals on Wheels.  Most of today was spent cutting tops, backs, and batting.  Three small quilts were also basted, and some hand stitching happened.  Quilting happening in the next day or two!! 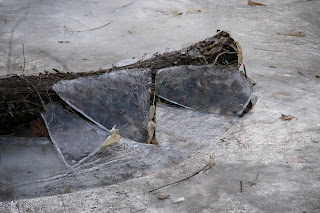 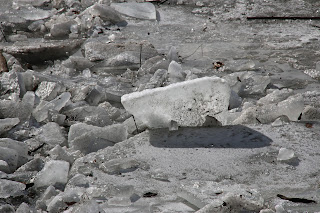 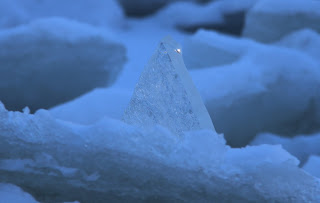 As of Saturday afternoon,, the ice jam is still holding, and is very very very slowly melting.  The risk of flooding is now deemed to be minimal, as the water level has been dropping.  I'll probably go check it one more time on Monday, and then resume my regular life.  LOL!
Posted by sunny at 11:26 PM