If you’re here for stitchy news, come back next week.

Monday was a fun day.  We had a lot of miles kilometers to travel, so another early start was in order.  Up first on our itinerary was Fundy National Park.  But the fun started shortly before that, when we encountered a Moose!  He came charging out of the woods right in front of our car, and we had to hit the brakes hard!  He checked us out, walked a bit, checked us out again, trotted along the road for a bit, then bounded back into the woods.  What a thrill!!  Of course I had my camera handy.  And no, we did not get out of the car. 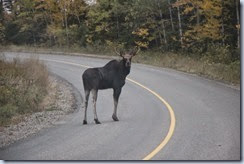 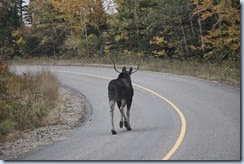 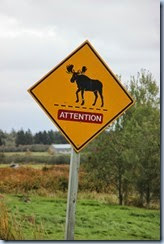 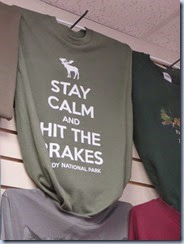 The drive through the Park was uneventful.  The next stop was Cape Enrage, and the enrage is for the wind!  there were gale force winds that day, and it was cold. 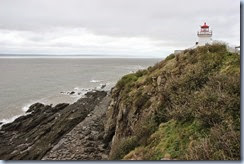 There’s a zip line there too, but it wasn’t operational that day.  Brrr…  I even had gloves on.

We also drove to another pretty little Lighthouse, and the scenery around it was beautiful. 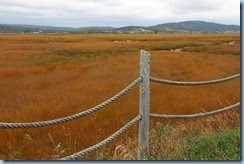 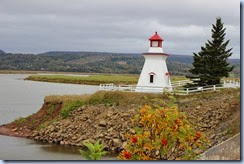 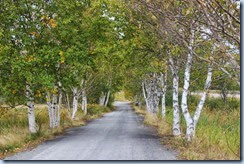 Our final stop in New Brunswick was at Hopewell Rocks.  We are walking on the ocean floor in these pictures, and soon the tide will bring the water well over the heads of everyone down below.  The tide was coming in quickly, and I wish we could have stayed to see the rise, but we had important places to be. 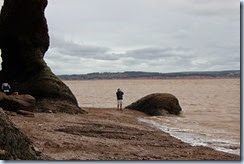 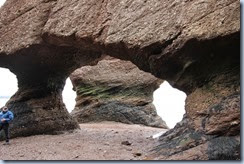 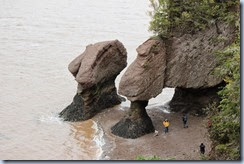 Then it was time to race off to Nova Scotia, where we were meeting up with Sheila of Sheila’s Quilt World and her DH for dinner!  They met us right off the highway and led us to the restaurant, where we spent a lovely couple of hours chatting and getting to know them better.  Thank you Sheila and Bill for such a nice evening.

I took this next picture sometime during the day, because I love Sheila’s header picture so much.  Without any sun, it’s not nearly as pretty as her picture.

Day 4:  Rain and Fog on The Cabot Trail

Today was our first day on Cape Breton, on the Cabot Trail.  The weather was rainy, drizzly, and foggy.  Getting there wasn’t a problem, but we soon decided that we were wasting our time, because we couldn’t see much other than fog.  We decided to call it a day, get rested up, and hopefully the weather would be better the next day. 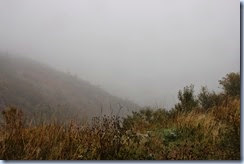 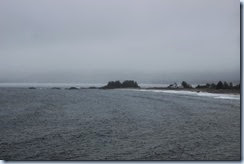 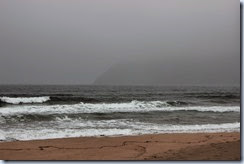 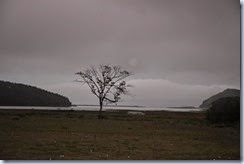 We did find a gift store nearby, so I was able to purchase a couple of books, and I was quite content. 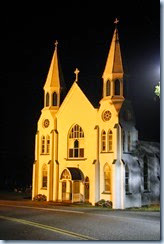